Trofeo Pirelli. Cooper MacNeil (Ferrari of Westlake) reasserted himself to the front of the Trofeo Pirelli grid, taking pole with a flying 1:26.303, beating second place qualifier Jordan Workman (Ferrari of Central Florida) by 1.3 seconds. MacNeil will certainly be looking to get his run of perfection back on track after mechanical issues derailed his efforts in yesterday’s action. Workman qualified second comfortably after yesterday’s winner, Ross Chouest (Boardwalk Ferrari) was only able to manage third with a 1:28.288.

Trofeo Pirelli AM. Dave Musial (Ferrari of Lake Forest) had his revenge after finishing second yesterday by putting his Ferrari 488 Challenge Evo on the Trofeo Pirelli AM class pole with a 1:27.700. That time bested John Megrue (Ferrari of Long Island) who will be looking to bounce back after a difficult day yesterday. His time was just barely enough for second, beating out yesterday’s winner, Brent Holden (Ferrari of Newport Beach) by six one-hundredths of a second.

Coppa Shell. Brad Horstmann (Foreign Cars Italia) took the pole in the Coppa Shell class with a 1:29.161 and will be looking to finally convert his good qualifying pace into a maiden win for the 2020 season. He beat out championship leader Kevan Millstein (Ferrari of San Diego) by two tenths as Millstein was able to manage a 1:29.376. Eric Marston (Ferrari of Westlake) will start from the third position, having qualified with a 1:29.739.

Coppa Shell Am. Dave Musial Jr. confirmed his winning showing from yesterday by taking the pole position in this morning’s qualifying session with a 1:29.657, besting Justin Wetherill (Ferrari of Central Florida) by nearly four tenths of a second. Musial Jr. will certainly need a repeat of his performance in race 1 where he took the win, fastest lap and pole position to further close the gap to Justin’s championship lead. Michael Watt (Ferrari of Atlanta) took third and will also be looking to be aggressive as he sits only 10 points behind Musial Jr.

Schedule. The final races of the Ferrari Challenge weekend at Weathertech Raceway Laguna Seca will begin at 1:00pm (all times in PST) and conclude with podium celebrations at 3:10pm.

International GT Open – The Ferrari of Prette-Abril triumphs at Monza 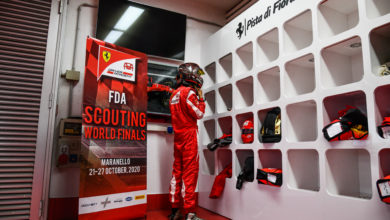 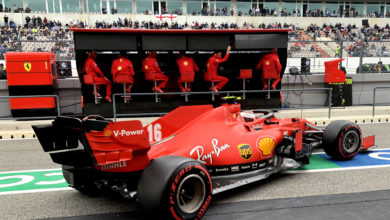 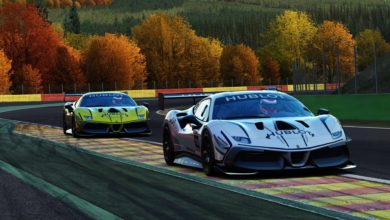 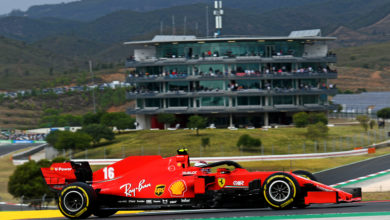 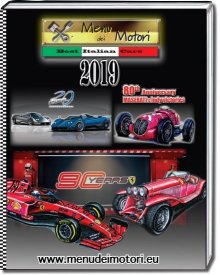